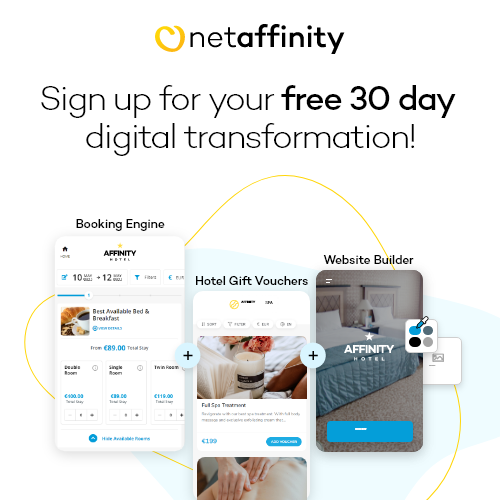 The latest news in the book direct wars? OTAs are softening their hardline responses in some areas, in ways that allow them to combat or work around direct booking initiatives in a more targeted manner. Booking.com has softened their rate parity stance in Australia – hotels can now offer whatever rates they choose on other OTAs and offline, but must stick to rate parity rules on their own website. Meanwhile, Expedia has partnered with Rel Lion Hotels to offer Red Lion’s member-only rates on Expedia when members sign up for Red Lion’s reward programme. To us, this seems like a prime opportunity for Expedia to be assured of receiving Red Lion’s best rate, while Red Lion will be competing directly with Expedia for members gained through Expedia’s platform – after all, Expedia will have access to the same names and email addresses as Red Lion.

Sojern has published a fascinating case study from Yotel, the extremely unique ‘digital-first’ airport hotel chain, demonstrating the way Yotel has increased their direct bookings by 27%.  You can watch the case study by clicking on the link below.

Expedia has partnered with Red Lion Hotels, enabling users of Expedia.com and Hotels.com to have access to Red Lion’s members-only rates otherwise available only through its Hello Rewards program.

Users can also directly sign up for Hello Rewards via the Expedia sites, which Expedia said has resulted in a greater than four times month-over-month increase in sign-ups for Hello Rewards. The program has been available for less than a month.

Booking.com has made major concessions to its controversial rate parity policy in Australia following negotiations with the Australian Competition and Consumer Authority but will still not allow hoteliers to offer cheaper rates on their own websites.

A Case Study: How Yotel Increased Direct Bookings by 27% [VIDEO]

Yotel, known for bringing a luxury experience to their affordable hotels, partnered with Sojernat a recent Masterclass event in London. Yotel demonstrated that small brands can effectively drive direct bookings through a few key initiatives.

What did they focus on? Focusing on their unique digital-first approach on social media, emails before, during and immediately after stays, retargeting, and a few other things. Watch the full video to see the complete case study.

Why Some Social Platforms Aren’t Worth Hoteliers’ Time

Your hotel need to be on social media, but you don’t need to be on all of social media. Each channel takes up time, resources and money, so hoteliers have to make sure they’re not focusing their efforts on platforms that won’t realize returns, said Bryan Segal, CEO at Engagement Labs.

Which platforms are most valuable for hotels, and for your hotel specifically? How do you find out? Hotel News Now looks into it.

Your hotel booking engine provider should give you a highly flexible, fully controllable,...

According to a recent report by Failte Ireland, international travel demand was back at 2019 levels...
×